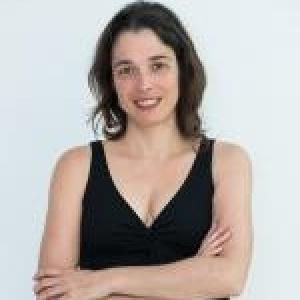 Experienced in projects involving the application of Computer Graphics techniques in contexts of creation and preservation of cultural collections.

Since her doctoral studies, she has participated in initiatives to digitize three-dimensional objects for applications for the preservation of collections and virtual reality, the subject of her thesis. In particular, during her doctorate, in 2003, she participated in a three-month research visit to the Max Planck Institut für Informatik in Saarbruecken, Germany, where she participated in a camera positioning optimization project for the acquisition of photometric properties of three-dimensional objects with complex geometry.

Between 2006 and 2008 she participated as a Tecgraf consultant, at PUC-Rio, in obtaining data on the Ruins of the Convento de São Boaventura in Itaboraí, RJ, for the purpose of building augmented reality systems. In 2012 she did postdoctoral research at the Cultural Informatics Research Group at the University of Brighton, England, where she became involved in the 3D printing field. Between 2008 and 2012, she coordinated the MIST-Imagens project at Getulio Vargas Foundation in which she applied Computer Vision and Artificial Intelligence techniques to automatically extract data from the collection of historical photographs of CPDOC / FGV.