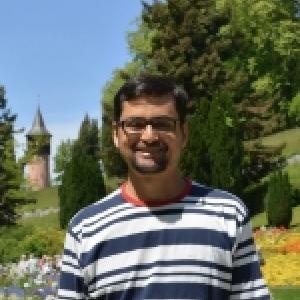 He is a Full Professor at the Federal University of Ceará (UFC), linked to the Department of Foreign Languages ​​and the Postgraduate Program in Linguistics (PPGL). In the latter, he teaches courses, supervises master's and doctoral students, and conducts research in computational linguistics from the perspective of formal linguistic theories such as Lexical-Functional Grammar (LFG), Grammatical Framework, and Head-Driven Phrase Structure Grammar (HPSG). He holds a degree in Portuguese and German from the Federal University of Ceará (1991), a specialization in Germanistics from the Universität Freiburg (1993), Germany, and a master's degree in linguistics from the Federal University of Ceará (1997). He obtained a Ph.D. in General Linguistics and German Linguistics from the Universität Konstanz, Germany (2003), where he also did a post-doctorate in 2013 in the areas of generative syntax and computational linguistics. He is the coordinator of the Computing and Natural Language Research Group (CompLin). He served as a researcher at the Computer Networks, Software and Systems Engineering Group (GREat), of the Computing Department at UFC, from 2013 to 2015. Since February 2021, he has been a Visiting Professor at the Getúlio Vargas Foundation School of Applied Mathematics (EMAp /FGV) in Rio de Janeiro, developing post-doctoral research in the area of ​​grammar engineering in the HPSG paradigm.