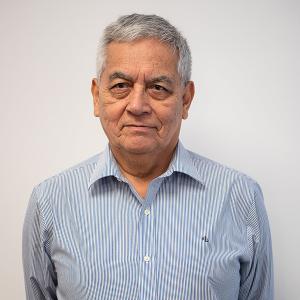 Obtained a Ph.D. degree at the University of California, Berkeley, under the guidance of Stephen Smale, American mathematician, Fields medalist, important protagonist in the history of mathematics in Brazil. Since 1971 he is a researcher of IMPA, currently Researcher Emeritus. Since 2017 director of the Center for the Development of Mathematics and Science at FGV and from 2018 director of EMAp.

His research area deals with the qualitative analysis of complex differential equations, a classic subject that was born in 1856 with the works of Charles Briot and Jean-Claude Bouquet and was put into modern perspective and vigorously developed from the 1970s by research groups in France, Russia, Japan, and Brazil at IMPA. The research group he formed in Brazil has contributed with theorems that are fundamental pieces of the theory.

Research Productivity Fellow 1A from CNPq. Guest speaker at the International Congress of Mathematicians in 1990. Received the Admiral Álvaro Alberto Award for Science and Technology in 1996 and the Third World Academy of Sciences Award in 1996. Belongs to the National Order of Scientific Merit, in the Grand Cross category, since 2000. Member of the Brazilian Academy of Sciences.